Well it has been way too long since I have last posted any thing on the News and Events page. Starting up new businesses and tearing an achilles climbing Mt Whitney got me off track for a little bit, but I have been busy shooting too. While I was allowing my achilles to heal, I had to get out and disconnect from all the electronic shit that we strap ourselves with and connect to where we really come from… So I got a Jeep XJ loaded with everything to crawl through anything and got back out! Some of the first shots I got were close to home at Red Rock Canyon National Recreation Area during this past winter’s storms and 3 of them have been pretty popular in print – more than any of the other recent shots.
The feature shot of the three is “A Giant’s Campfire” which I shot with my father tagging along, that has sold more prints than any other of my shots in just 3 months. We were just getting out of the house to keep his old ass moving around and we went over to Bonnie Springs to check out what was going on at that circus. Within a few minutes of getting out of the car, I saw that the sun was lighting up the clouds with an amber glow. Being right up against the Rainbow Mountains, I knew we needed to get further away from them to truly see the expanse of the mountains and the sunset together. We (I) jumped back into the car, after loading my father in and we headed up to the hill between First Creek and Oak Creek trailheads and started taking some shots. I knew then that the shots were definitely print worthy – and my father was even impressed with what he was seeing, so that sealed the deal with me making the decision to print it.
About the same time in January as I shot the Campfire, we had snow fall accumulation and rain one day after another causing run off in the washes that was flowing pretty heavily. So I got up before dawn one morning while it was raining and headed to First Creek and shot “Red Rock River” with the ND filter to smooth the rapids of the water in the wash, giving the silky water effect in the creek. The weather started to break up as soon as I got there and began to shoot which made for some great light on the Rainbow Mountains in the background. 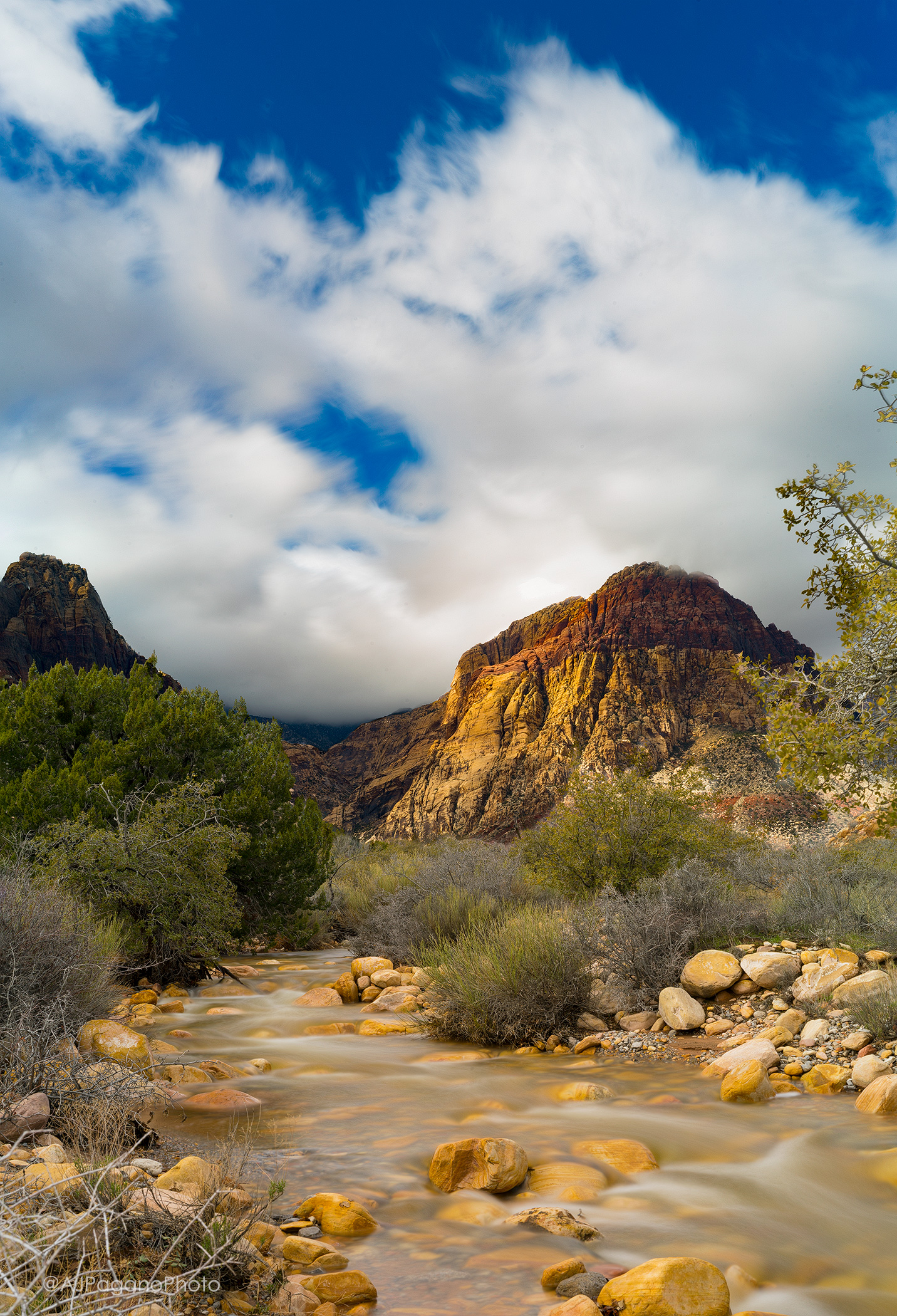 But my first venture out there in the Jeep was on the Late Night Trail while there was a blizzard up on the Potato Ridge Trail, and I got some great clouds dropping in between the canyons of the Rainbow Mountains. It gave the mountains the look of “Emergence” from the shroud of clouds. The shot gave the valley so much more depth that there was no way I couldn’t printing it. It was just a unique view of the canyon that is rarely seen. 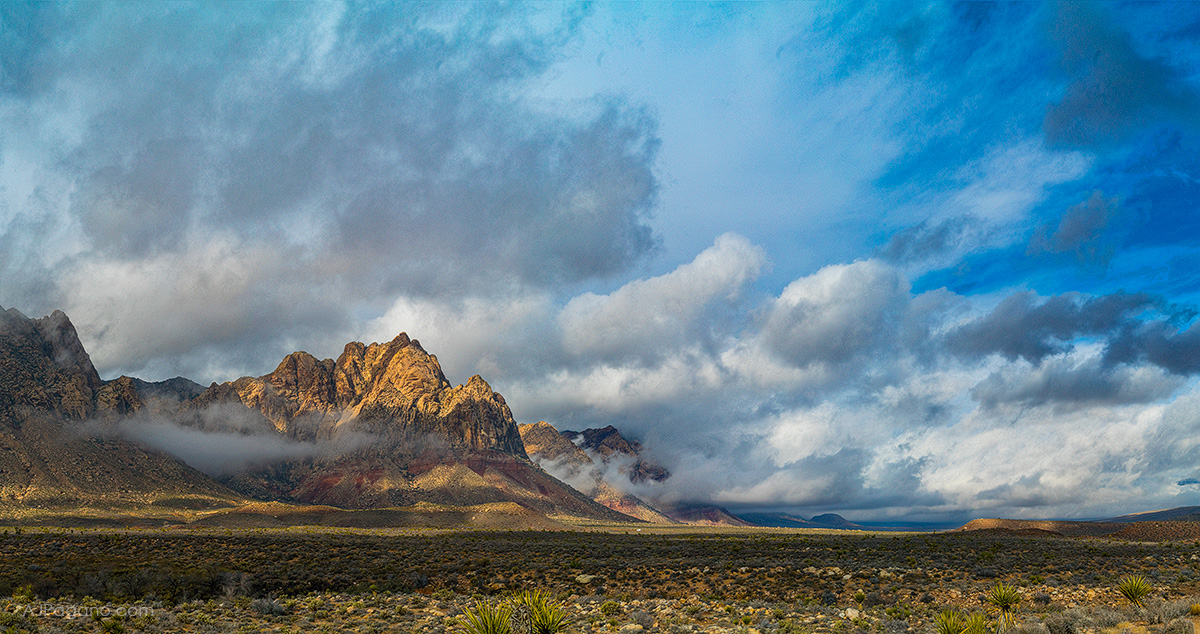 We’ll have to wait until the weather cools down a bit here, in order for me to get back out there and shoot… Unless we get some monsoons coming through and lightning.